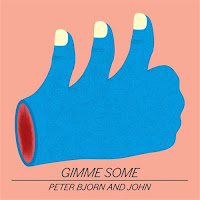 I have to get this post in before April Fool’s Day or it will just seem like a joke. Anyways, last tuesday saw the release of Swedish trio Peter Bjorn and John’s sixth album Gimme Some. Known most recently for their indie experimentation on album’s like Writer’s Block and Living Thing (very controversial among the DaMorgue staff) PBJ have gone back to the one-two punch sound of their first two albums. Three guys, three instruments, and less than 40 minutes, this is rock at it’s most primal.

My theory on this return to form has to do with the band’s live set. PB&J tend to perform as a three piece, yet there album’s have been getting more and more complicated (I have no idea who they managed to play some of the tunes of their last album) so it makes sense that they’d return to a sound that they’d actually be able to replicate.

The result is fresh approach to familiar rock stylings that entertains while not deviating too far from the oddball nature of this trio. The songs are simple yet still stand among some of PB&J’s best recordings to date. “Second Chance” would appear to be the closest the group has had to a “hit” song since “Young Folks”. I say that because of the amount of air play it’s received on the radio and on TV. As a matter of fact the first six songs are pop perfection, which is a shame as the last five kind of blur together. I blame this on Bjorn and John as it appears their own so-so compositions made up the last half of the album, though either way it balances out to some easily digestible rockin’ good stuff. 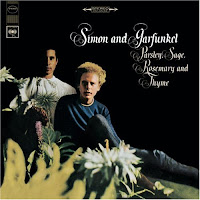 I think Sean wishes the CAT would just go away, so I’m posting this in direct defiance of the King of Da Morgue, plus I gotta have something to post about.  So anyways, Simon and Garfunkel were more or less the preeminent folk-pop duo of the sixties, and Parsley, Sage, Rosemary and Thyme surely shows them at the height of their powers while giving us a potent snapshot of mid-sixties America.

Coming after the slightly rushed Songs of Silence, this sophomore release saw the duo for the first time really exploring the depths of their sound while Paul Simon conjured up some of his finest tunes.  You’ve got some of Simon and Garfunkel’s darker and more etherial songs such (“Patterns”, “Scarborough Fair”), while you’ve got some of their most cheerfully upbeat songs as well (“59th Street Bridge Song”, “Cloudy”).  Of course all of these great tunes are tied together by Simon and Garfunkel’s brilliant harmonies, and Art Garfunkel even gets to shine in his solo performance on “For Emily, Whenever I May Find Her”.

It’s hard for me to say whether this or Bridge Over Troubled Water is my favorite S&G album, but I feel like leaning more towards this one partly because it’s got my personal favorite song of theirs (“Homeward Bound”).  And apart from the overtly Dylan-y “A Simple Desultory Phillipic”, there really isn’t anything resembling a weak track in the album’s short but sweet 29 minute running time. 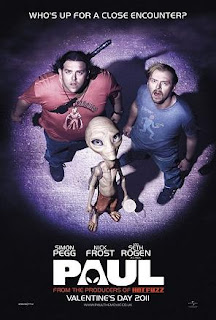 Laurel and Hardy, Abbott and Costello, Pegg and Frost… At least I always thought they could be that caliber comedy duo. They wooed geek fanboys with cult classics like Shaun of the Dead and Hot Fuzz, but what doesn’t this have that those did? Edgar Wright. So maybe these real life best buds were never actually a conventional comedy duo, rather two funny blokes being controlled by a more talented puppet master “Pull the strings!”

Penned by Simon Pegg and Nick Frost and directed by Greg Mottola of Superbad fame we have the sci-fi/comedy Paul. Paul being the story of two geeky Englishmen driving around the American southwest in hot pursuit of extra terrestrial hot spots. Naturally they get more then they bargained for when they encounter Paul, the foul mouthed antithesis of E.T. searching for a way home after sixty-something years. Why so long? Because that’s what’s in the script.

It sounds like an easy enough premise to sell to fans of both Pegg/Frost and geekdom in general, yet Paul is a film that instantly crash lands and never finds it’s home. Does it have geeky references to pop culture? Yeah I guess, but there isn’t anything particular clever about any of it. It’s easy to reference something, but a lot harder to turn into a joke that’s relevant to the action of the story. Really I would of preferred to see more obscure references, more subtlety inserted, like ya know, other Pegg/Frost movies. Those films were great because their scripts were immensely layered with hundreds of small yet strikingly witty jokes. Every time I watch Shaun of the Dead I’m always amazed by how much is really going on through the dialogue and the action. Paul on the other hand is as generic as any other Hollywood shlock, what happened?

With all the comedic talent involved (Seth Rogen, Kristen Wiig, Bill Hader) I’m not sure exactly what went wrong. I probably laughed just once and I’ll tell ya, I went to the movies that day wanting to laugh. These jokes about probing and other alien cliches are nothing that we haven’t already heard in films like Men in Black, couldn’t they go for a less obvious approach to this concept? I guess not, so what we got was a so-so 100 minutes of predictable slapstick, cheesy homages, and British people… Yay? 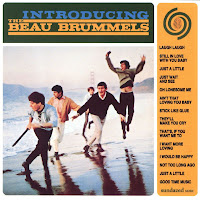 Not to toot my own horn, but I have a fairly eclectic collection of 60s pop music. I love everything from the stars of the British Invasion to the no name joe schmoes banging away in the garage. Though It’s rare that I delve any deeper than a few songs from any given obscure group, (some of them were obscure for a reason) I heard good things about this album. It’s already surprising when you can actually find a Wikipedia entry for an album from a band you’ve never heard of, let alone a well reviewed album. So today we turn to the debut album from San Francisco five-some The Beau Brummels.

Credited for setting the aesthetic of the San Francisco Sound with their hit song “Laugh Laugh”, The Beau Brummels were unique in their combination of beat and folk music and as one of the few bands of the times that wrote more than most of their own material. The Beau Brummels also had great success in the hit single “Just a Little” a slick number with a great hook. Look up either of these hits and I’m sure you’ll recognize them, well if you ever listened to oldies radio that is.

Honestly there isn’t much separating The Beau Brummels from any other 60s beat group. Aside from the two or three folky-pop numbers the rest of the album is fairly predictable R&B blues style numbers. There’s plenty of groups that had just much talent as The Beau Brummels, yet the Brummels actually have a successful album to boast about. Hey, I’m talking about em aren’t I? That must alone attest to the fact that for whatever reason they’ve had a little more longevity than some of the other flash in the pan 60s garage bands, good for you Beau Brummels.

Favorite Tracks: Just a Little, Laugh Laugh, Not Too Long Ago

Does anyone remember Death By Hangers? You know that one death metal band from Satanville, Rhode Island? I hear they’re working on a new album and they just released this new song that’s pretty bad. Regardless of whether people want it or not, it’s being made, just thought I’d give you the warning.

P.S. I hear the whole original lineup was murdered by the new lineup. So sorry, no Gregory Ridewood. 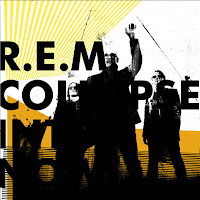 As R.E.M. hobbled through the ’00s, they definitely seemed like a band that probably should have broken up after the departure of original drummer Bill Berry in 1997.  But then in 2008 they came out with Accelerate, an energetic little album that saw the band showing some serious signs of life while making somewhat of a comeback.  Their latest album, Collapse Into Now sees Michael Stipe and co. exploring pretty familiar ground, but the songs are nonetheless just as good on anything on Accelerate, as well as anything they’ve done in the last decade or so.

Their last album was marked by a ferociously guitar-driven sound, and Collapse Into Now is kind of similar in that the guitars are at the forefront.  But we also get a lot of the more subdued ballads that R.E.M. have often done quite well over their illustrious career.  You even get to hear Peter Buck conjure up the ghosts of “Losing My Religion”, by throwing in some mandolin on “Uberlin” and “It Happened Today”.

Another component of the album’s success, which is pretty much the case for any R.E.M. album, is the commanding presence of Michael Stipe.  He can still be unbelievably tender on songs like “Walk It Back”, while he still has an undeniably irreverent energy on songs like “Alligator_Aviator_Autopilot_Antimatter” and “That Some On Is You”.

Like most bands their age, R.E.M. aren’t really in any position to reinvent their sound, but then again they were never really one of those bands anyways, despite their long-lasting vitality.  And like most worthwhile albums by a middle-aged rock band, Collapse Into Now reminds us why these guys are who they are, and why they still deserve to be around. 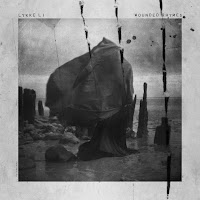 There hasn’t been a whole lot of music that I’ve really gotten into so far this year, though I guess I haven’t really been trying that hard.  I mean I haven’t even listened to the new Bright Eyes album yet, although I’m sure I will eventually since I’m seeing them live for some reason.  Anyways, one album I have been enjoying recently is the newest album by Lykke Li, who apparently is Swedish and recorded one album before this, which is about the entire extent of what I know about her.

What I like about this album is that it’s a little hard to pin down.  Li is usually classified as indie pop, but there’s also a folk element to songs like “Unrequited Love”, which sounds almost like a female take on Fleet Foxes.  Yet you’ve also got gorgeous songs like “Love Out Of Lust” and “Sadness Is A Blessing” which effectively channel that early sixties Phil Spector sound.  And then on top of that, you’ve got this almost tribal-like use of percussion throughout the album.

So it makes for kind of an odd sound, but it’s that willingness to be weird, but not too weird, that makes Lykke Li stand out from her pop peers.  Also she’s got a great ear for catchy melodies, which goes well with her ability to make songs that are upbeat and danceable, but also intimate and beautiful.  I can’t really say songs like “I Follow Rivers” and “Get Some” are the kinds of things I’d usually find myself listening to, as they kind of lean more towards straight-up pop than anything else.  But they’re kind of irresistible, as are most of the songs  on Wounded Rhymes, however dissimilar they may seem.

Favorite Tracks: “Youth Knows No Pain”, “Love Out Of Lust”, “Sadness Is A Blessing”