Ah, the plight of a film watched late in Criterion Month, when we’re all a little burned out from watching arty, cerebral movies. This makes it especially hard to write about a film as layered and exquisitely made as Beau Travail, which leaves as much to chew on as any film I watched during this year’s Criterion Month. So much so that despite how much I enjoyed my viewing of it, I didn’t zero in that much on one aspect most people seem to talk about in regards to Beau Travail (its portrayal of repressed homosexuality). Though that’s just one aspect of what’s remarkable about the film, as everything is done with so much confidence, and yet there are so many things left unspoken by the film’s end that it leaves you lingering in its dusty doorway, looking for answers. END_OF_DOCUMENT_TOKEN_TO_BE_REPLACED 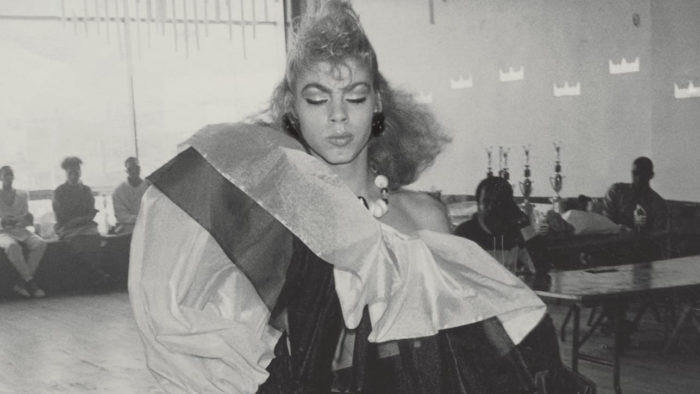 I watched Paris Is Burning last night and have spent all day today agonizing over how to convince you that it’s worth seeing if you haven’t gotten around to it yet. Maybe the five stars I gave it will help? I’d also like to tell you it’s easy to stream on the Criterion Channel right now. Maybe if I include that it’s only 78 minutes long that might sweeten the deal? I just don’t want to come on too strong. Because what I really want to lead with is Paris Is Burning is without a doubt one of the most beautiful, moving documentaries about life in America I’ve ever seen. And I know that lofty proclamations like that get movies added to queues but then it takes something like a Criterion Month to convince us to actually watch them.

END_OF_DOCUMENT_TOKEN_TO_BE_REPLACED

It’s been a little more than two years since I watched Pather Panchali, the first film in Satyajit Ray’s Apu Trilogy, and I couldn’t possibly wait another year before wrapping things up. So here’s another bonus review, my 11th exhausting post this Criterion Month.

One thing that I always find amusing reading up on The Apu Trilogy is the exact proportions Wikipedia uses to explain how much of Bibhutibhushan Bandyopadhyay’s two source novels inspired each film. Pather Panchali, the movie, apparently represents only “four fifths” of that book, with sequel Aparajito picking up the last fifth as well as the first third of the second novel, also called Aparajito. This means that Apur Sansar both has the least material to draw from and is the first film in the trilogy not to take its title from one of the books. That title aspect is actually important, as it is reflected in the scope of this picture. Apur Sansar translates to “The World of Apu” and while the first two movies in the trilogy were about a family, the third picture is all about Apu.

END_OF_DOCUMENT_TOKEN_TO_BE_REPLACED

Post-war Britain didn’t seem like a particularly great time to laugh, and yet this was the period that saw the rise of Ealing Studios, who gave birth to some of Britain’s best comedies. Perhaps it’s appropriate that during these somewhat bleak times, these films indulged some decidedly dark themes. I haven’t seen a ton of these Ealing comedies (other than The Lavender Hill Mob and The Ladykillers), but other than their deliciously biting nature, there’s also a sophisticated and unsentimental quality that makes these movies hold up much better than a lot of comedies from this era. Then on top of that, a lot of them feature Alec Guinness having about as much fun as he ever had as an actor (sorry George Lucas), and it’s hard to get more fun than playing nine different characters in the same movie. END_OF_DOCUMENT_TOKEN_TO_BE_REPLACED

Flyora (Aleksey Kravchenko), a 14-year-old who recently joined the Soviet partisans, and Roubej (Vladas Bagdonas) have just caught a break. Roubej had led their supply run directly into a minefield which claimed the lives of their two comrades, but these two made it through and found a collaborator who has a cow. They threaten the man and make him roll around in manure, then steal the animal. This cow will save the lives of partisans and villagers if they can get it back. But before they are even out of sight, a German machinegun blasts them. Roubej is instantly killed, but the poor bovine lives long enough to try to understand what just happened as it suffers through its last labored breaths. It’s just the latest in a never-ending deluge of devastating blows thrown at Flyora, made all the more depressing because the filmmakers really did shoot a cow and film its death. Come and See is just that kind of grueling.

END_OF_DOCUMENT_TOKEN_TO_BE_REPLACED

I’ve wanted to see Grey Gardens ever since watching The Queen of Versailles, a conceptually similar 2012 documentary about an hilariously stereotypical, obscenely wealthy family trying to build the biggest home in the country just as the Great Recession is about to hit. But I worried they were too similar, so I dragged my feet getting to the 1975 original. Thankfully, we have Criterion Month. Now that I’ve finally seen Grey Gardens, I can say that, while the “riches to rags” theme is shared between the two films, there’s one major difference: The Queen of Versailles is about that collapse, while in Grey Gardens the decline was decades and decades ago.

END_OF_DOCUMENT_TOKEN_TO_BE_REPLACED

Happy 4th of July everybody! Since this holiday seems to get dumber and dumber every year, I’m happy to be talking about a film that doesn’t have much to do with America.

It’s weird that I reviewed 1966’s The Battle of Algiers last Criterion Month while stating that it felt unlike any other war film of its era. Because Rome, Open City, a film I’m sure it was influenced by, sure feels a lot like The Battle of Algiers. Both of them depict the foreign occupation of a major city, while a secretive group of rebellious renegades seek to fight back. Both also have a kind of docudrama feel, though The Battle of Algiers follows through with a grittier aesthetic, and thus makes the two films feel like bookends of the Italian neorealist movement. END_OF_DOCUMENT_TOKEN_TO_BE_REPLACED