2020 sucked and we all know it. So there’s not much reason to belabor the point now that the year is over. Still, there was some good stuff to come out of 2020 in the form of the music, movies, TV, and video games that we were able to enjoy while huddled in our homes all year. We’re starting our Top Ten lists a little later than usual this year, due to our need to catch up with a lot of movies (since movies basically didn’t come out in theaters last year). While it feels a little self-flagellating to extend 2020 any longer, hey, at least the media appearing in our Top Tens will provide us with things to remember from 2020 while the rest of it I’m sure will be easy to forget.

As for music, I thought 2020 was both a very good year for music as well as one where I was able to stay pretty on top of music throughout the year. This was mainly because I was just stuck at home all day and had nothing better to do, and similarly was working an at-home job that allowed me to listen to music all day. The year was filled with a lot of artists I already knew and loved releasing albums that either met or exceeded the expectations I had for them, so if you know my taste in music, this list is probably going to be a little boring. But let’s get going anyway… This one’s a bit of an outlier on my list, since it’s hard to say that this album is stacked with great songs (or at least in the traditional sense). However, what it does do is cultivate a vibe in a way that I found consistently challenging as well as a little bit comforting to wrap my ears in. This bedroom odyssey is filled with so many strange sounds and so many alluring detours that I found myself constantly coming back, even if not everything on it entirely made sense to me. It’s not a stretch to say that the introverted, self-loving nature of Forever, Ya Girl was a good fit for a year like 2020, though it would be great to see if KeiyaA opens up her sound in the future or continues to take herself down these same odd rabbit holes. 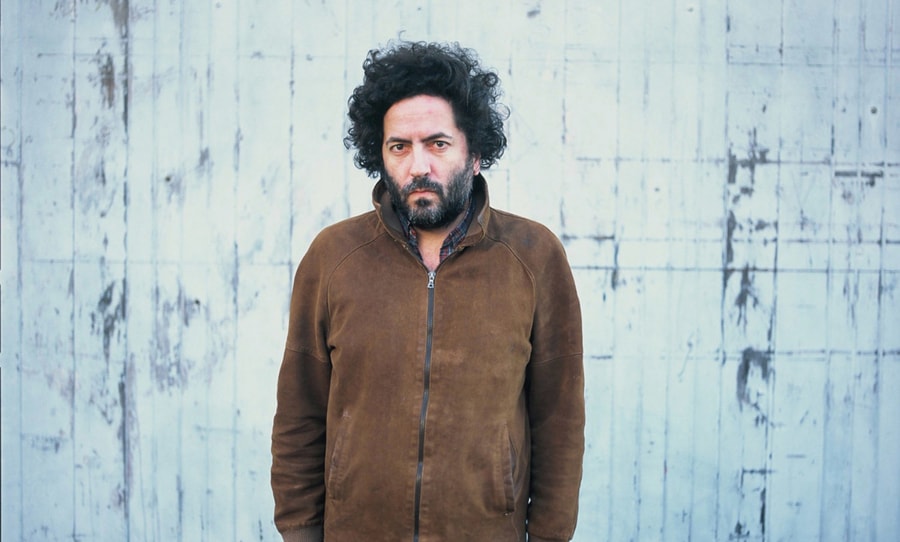 Ah yes, the first album I remember loving in 2020 and one of the few ones that I associate with “the before times”. I’m not sure what else there is to say about the way Dan Bejar has been able to keep Destroyer interesting and surprising after so many years, but it’s certainly something to behold, even when the new directions he approaches with each album don’t always entirely pan out. Have We Met isn’t exactly one of Bejar’s sonic left-turns, since it feels very much of a piece with the last few albums he’s done, but everything just feels so effortless here. He’s still as adept as ever at throwing out a withering, weirdly catching lyric while the synthed-out production on this album is as slick and evocative as anything going on in modern pop.

It’s a little hard to think of anything more to say about this album, since it was the last one I wrote about in 2020, so my relationship hasn’t changed much with it in the past few weeks. While I’ve already mentioned my affinity for the rockers on this album (especially the thrilling “Mustang”), it is also impressive how much tenderness Bartees Strange delivers on his debut. This is foreshadowed a bit on the album’s first track, a warbly prelude that leads into triumphant indie rock. Then there’s the spareness-before-the-storm of “Stone Meadows” as well as the slower acoustic numbers that close the album before bringing a bit of the electronic sounds back on “Ghostly”. Anyways, it’s an album that’s all over the place in all the best ways, and clearly, I’m still trying to make sense of how an album can sound so cohesive with so many disparate influences. 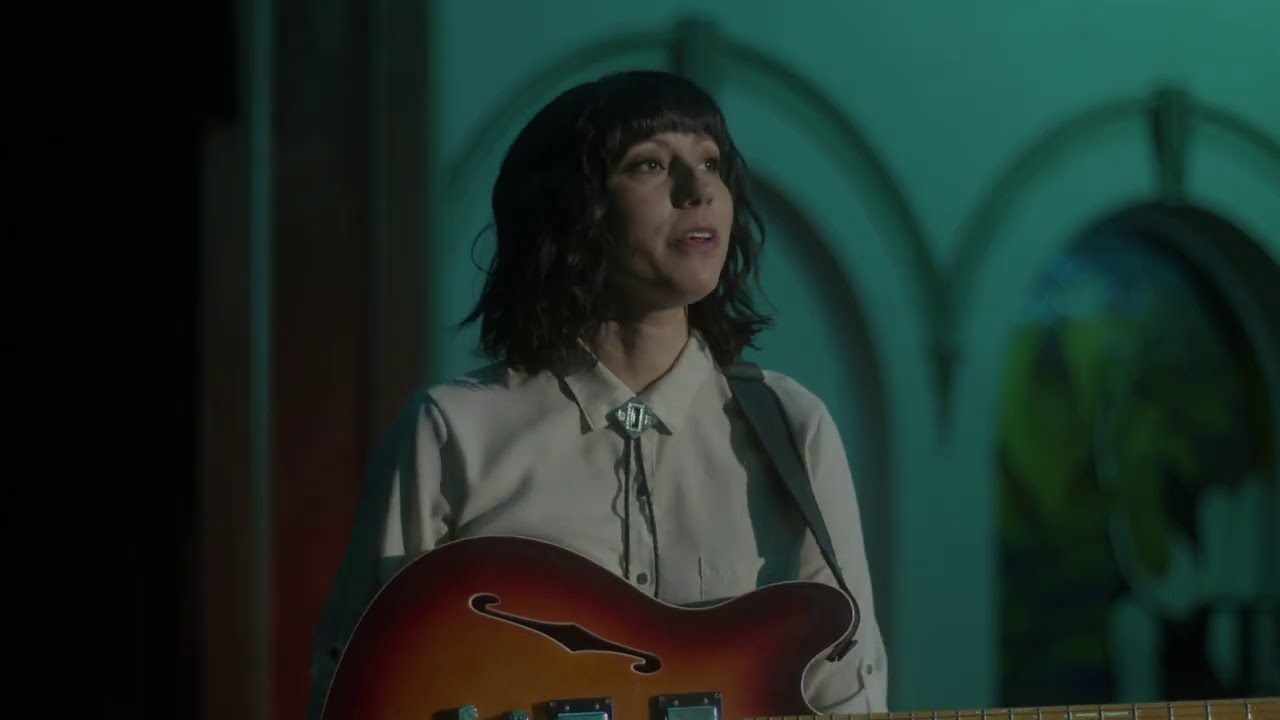 When I reviewed this album a few weeks ago, I mentioned how responsible KEXP was for me becoming aware of it. Though this was even before KEXP listeners named it their top album of 2020, which just further cements Deep Sea Diver as Seattle’s current musical obsession. Much like the hours I spent with KEXP from afar this year, I found this album endlessly listenable, as there really isn’t a bad song on it. Jessica Dobson shows herself to not only be a great songwriter as well as a great guitarist, but she’s also one who knows not to be too showy, as the way the album breathes in between it’s louder, more triumphant moments just make those moments hit even harder. It’s an album that I’m sure would sound great live, which I find even more poignant due to the band using both The Neptune and The Paramount as backdrops in the music videos for two of the album’s singles. We’ll meet again someday, friends. 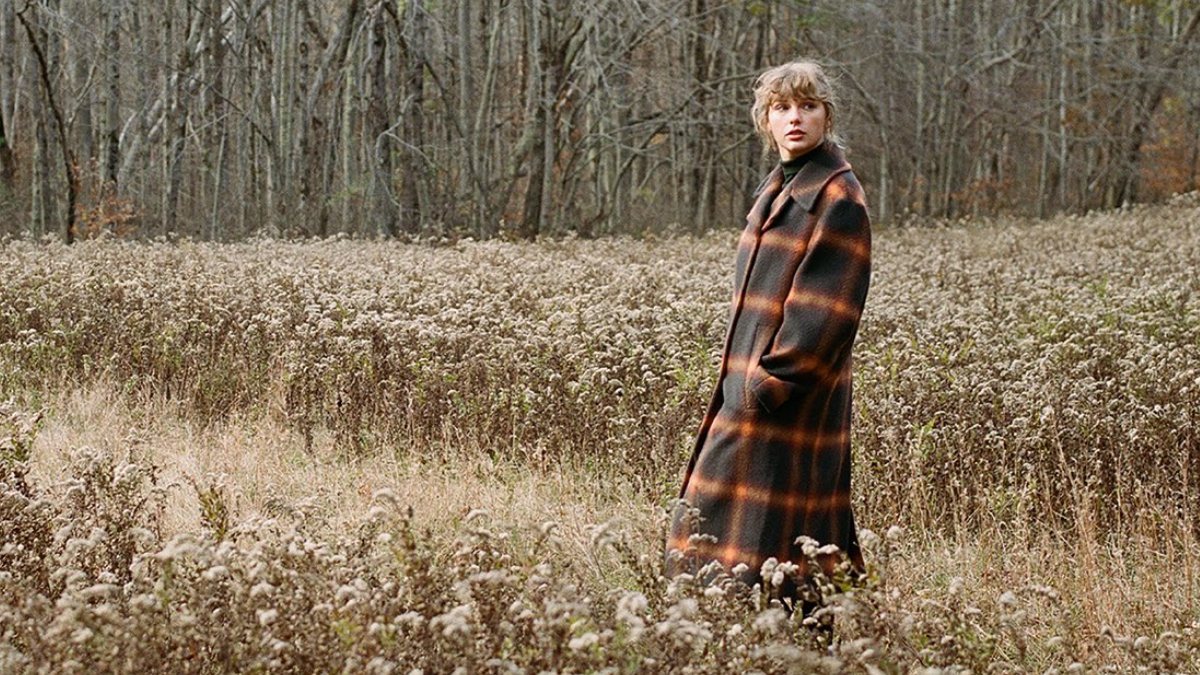 I was not expecting a Taylor Swift album to be on my list this year (let alone two), not that it wasn’t apparent that she’s always been a formidable songwriting talent. It’s just in recent years, she’s often gotten sidetracked with using her more pop instincts for pure evil. Obviously, the presence of Aaron Dessner providing some very National-sounding production here is a big plus for guys like me who won’t shut the fuck up about The National. But aside from that, it’s still all Taylor shining through in a way that feels as clear and honest as anything she’s made, even if she’s mining her own very public personal life much less now for stories. Sure, you could say her whole “woman in the woods” vibe is part of a perfectly calculated PR campaign, but the fact of the matter is, these introverted songs have resonated with people in a way that so many pop artists have failed to do in the past year. 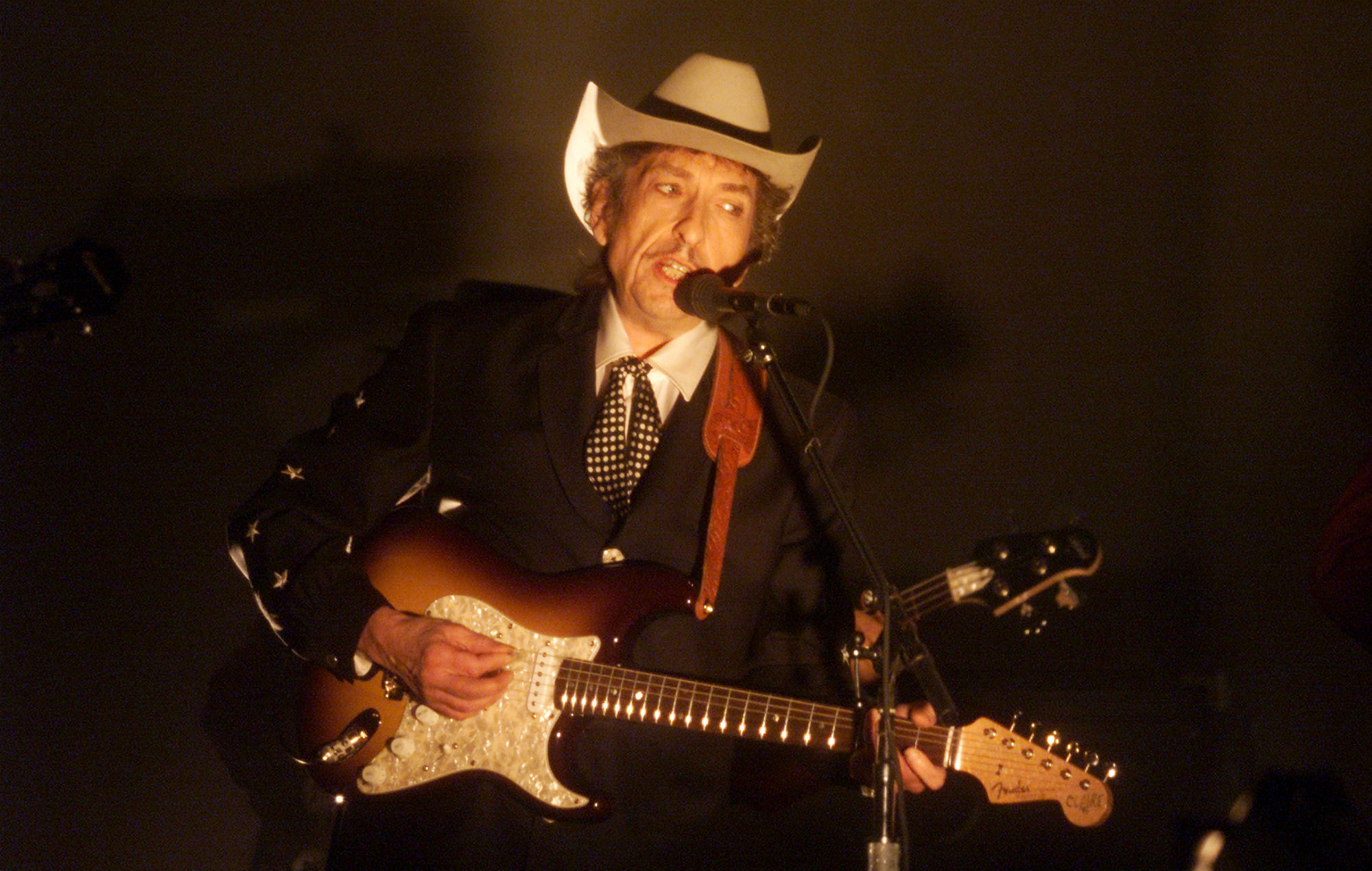 I would never wish that Rough and Rowdy Ways was the last Bob Dylan album, but it would still be a great, beguiling swan song, not unlike David Bowie’s Blackstar. There’s just so much to unpack here lyrically, which of course is always the reason you go to a Dylan record, but no Dylan record has had the sense of reflection and impending doom that this one has. That said, it gives you a little bit of everything. The songs are playful at times, and at others are more somber and haunting. Dylan does a lot of deconstructing so many hallmarks of the boomer generation, from MLK to JFK to Don Henley and Glenn Frey. But at the same time, he has such an elusive, enigmatic, and ultimately profound way of reflecting on his own life that it has the power to remind any Dylan fan why we fell in love with the guy in the first place. It’s a little surprising that Fiona Apple released her long-awaited fifth album in 2020 and it only made it to #4 on my list, but that just speaks to the amount of quality music released this year. Maybe this one just didn’t catch me by surprise as much as the albums ahead of it, since there was little doubt in my mind that whatever Fiona released would be another fantastic collection of songs, and that’s absolutely the case here. Still, it’s hard to call this album predictable, as she digs even deeper into the oddly percussive, homemade sounds she explored on The Idler Wheel… It’s just very comforting to hear someone known for being a homebody finding so much joy and catharsis in mining the backroads of her brain while huddled in her living room with her dogs. Obviously, this vibe made Fetch The Bolt Cutters a perfectly-suited album for 2020, though I’m sure these songs will still sound great even when we’re allowed to go outside again.

Both self-reflective and full of bops, Women in Music Pt. III was the perfect soundtrack to a historically weird summer. While the Haim girls made a huge splash when they broke onto the scene in the early ’10s, I was a little unsure if they were setting themselves up for career-long success or just flash-in-the-pan status. Fortunately, this album shows a depth that was always there behind their perfectly-crafted pop songs, but never came together in as satisfying a way as it does here. Like a few of the other albums on this list, it’s an album with a decidedly muted vibe that felt appropriate for 2020, while it’s also filled with enough weird little production touches that every repeated listen brings new infectious discoveries. 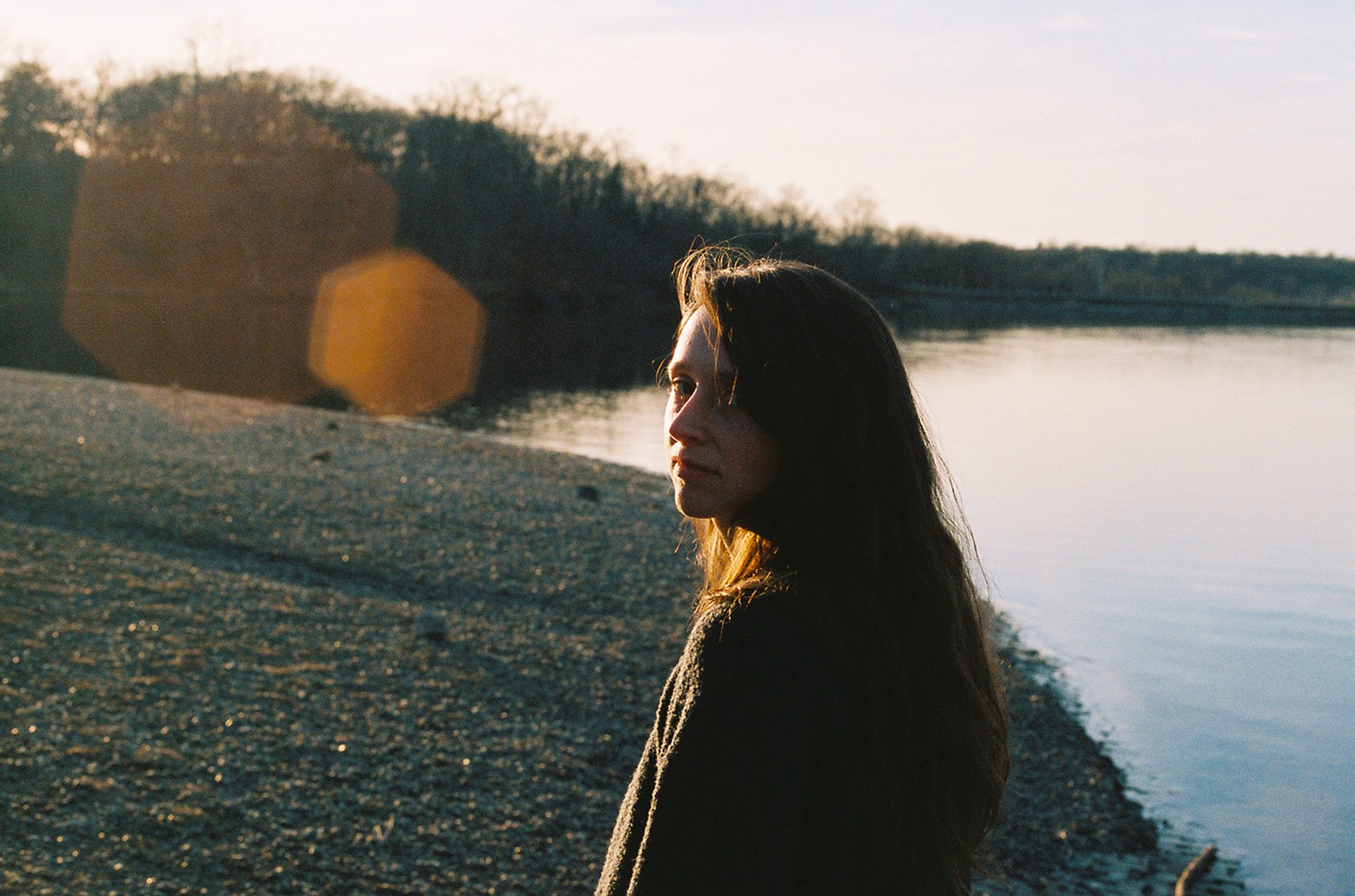 This album is like a warm blanket after a long day and who doesn’t need that? I think I was already convinced that Katie Crutchfield was one of the better songwriters of her generation, but I don’t think I ever imagined she’d make the transition to full-on “singer/songwriter” so triumphantly. The folk and country influences were somewhat of a surprise considering her indie-rock background, but also make total sense considering Crutchfield’s Southern upbringing. In fact, at this point, these songs feel so effortless and perfect that you’d think these were the kinds of songs she was always destined to write. It was simply a little piece of heaven in a year that only gave us hell. 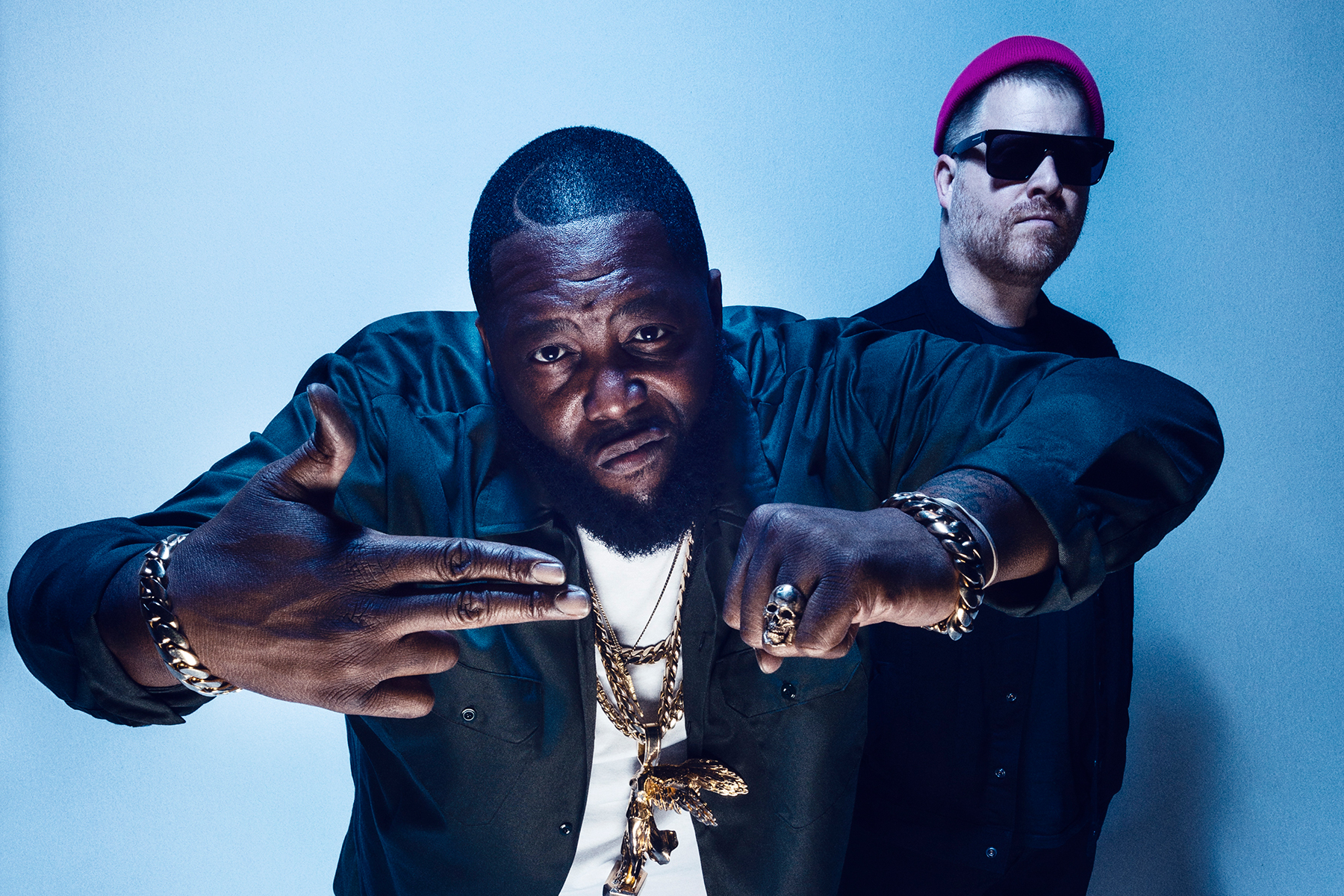 Run The Jewels’ fourth album was at times an album that felt perfect for this year and at other times felt like a bit of an outlier. It felt absolutely perfect the week it was released in the week following the killing of George Floyd, like a sonic Molotov through the window of all the injustice and frustration that’d been building up not just in this past year, but in the last few decades. It’s a little hard to believe that this was the first RTJ album to come out during the Trump administration, but it’s thrilling to see that they were able to attack this awful fucking era with such verve.

That said, RTJ4 also felt a bit out of step with the rest of the mostly mid-tempo music I was listening to this year, as it was just as loud and aggressive as anything the duo has released so far. Which actually worked in the album’s favor for me, as it created a great antidote to all of 2020’s mopery, while also seeing two old friends building on what they do best. Let’s hope we all do the same when we get to see our friends again in 2021.