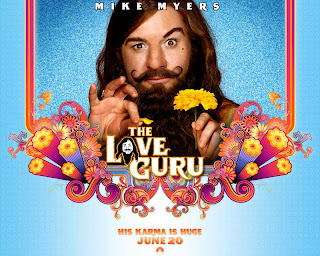 Since the Oscar nominations came out this morning, I thought I’d discuss some of the nominations while goings through my list, I mean most of them are nominated for some sort of Academy Award anyway.

There weren’t really too many movies I wanted to see but didn’t this year, although it looks like I’m gonna have to see The Reader now that it’s nominated for best picture.  I’m glad I was able to avoid seeing a lot of bad movies this year, I guess I grew overly cautious after seeing The Happening and The Love Guru within a few weeks of each other.
10. Iron Man
In a year filled with lots of superhero movies, Iron Man was one that for me stood above the rest.  Robert Downey, Jr. brings Tony Stark to life perfectly, and showed he could be a great leading man, as well as capable of turning his daring comedic role in Tropic Thunder into an Oscar nominated performance.  Truly one of the best popcorn flicks of the year, and I can’t wait for the sequel.
9. The Visitor
I’d probably say that out of this year’s nominations, the most pleasant surprise for me is Richard Jenkins’ nomination for Best Actor.  Rarely do you get to see a lesser known character actor give such a moving lead performance in a film.  The Visitor very gracefully tackles the subject of illegal immigration, and although it has a bit of a downer ending, I think it represents the reality of living in a post-9/11 America.
8. Frost/Nixon
Ron Howard brings us another solid drama with Frost/Nixon, in which we get to see some of the most engaging uses of interviewing ever put to screen.  Michael Sheen and the oscar-nominated Frank Langhella play off of each other quite nicely.  I can’t imagine this picking up too many Oscar wins, or any really, but I still really enjoyed this fairly sympathetic depiction of one of our most despised Presidents.
7. In Bruges
Part black comedy, part violent crime drama, In Bruges was definetely a unique film that stayed with me after pretty most of the other films released during the first half of the year were pretty forgettable.  Farrell and Gleeson are an oddball team made in comedic heaven, and it  would have been nice to see at least Gleeson get a best supporting actor nom, but oh well.
6. Milk
A very unique political film brimming with humanity.  Sean Penn is brilliant in the title role, as is the rest of it’s ensemble cast, and it’s great see Josh Brolin finally getting some Oscar recognition for his role in Milk.  I’m glad to see that Milk has gotten quite a few Oscar nominations, although I doubt it’ll win any of them except for maybe Best Actor or Best Original Screenplay.
5. Wall-E
Another original and visionary outing from Pixar, Wall-E is without a doubt one of the most heartwarming Science Fiction films ever made.  It’s pretty much a lock for Best Animated Film, as is any Pixar film, and I’m sure there’ll be plenty more memorable films from them to look forward to in the years to come.
4. Gran Torino
A fitting swan-song for Clint Eastwood’s bad-ass screen persona, Gran Torino’s box-office success is definitely a testament to Eastwood’s charismatic power as an actor, despite being one of the best directors around.
3. The Wrestler
An extremely compelling character study from Darren Aronofsky, The Wrestler left an impact on me like few films did this year.  I think it goes without saying that Mickey Rourke is the favorite to win Best Actor this year, which is pretty amazing to say the least for someone like him to be in competition with for the acting world’s top prize.  However, I’m pretty fuckin’ pissed that The Boss wasn’t nominated for his song, “The Wrestler”, I mean why the hell are there only three songs nominated, and two of them are from Slumdog Millionaire? That’s bullshit.
2. Slumdog Millionaire
A brilliantly told story this not only a incredibly alive visually, but is also at it’s heart a love story.  Slumdog Millionaire accomlishes so much from a storytelling and a technical standpoint that I could not help but be captivated by it.  My pick for a Best Picture win, although I don’t think there’s really any clear winner this year, and I think Danny Boyle more than deserves the Oscar for Best Director.
1. The Dark Knight
A movie like The Dark Knight only comes around once in a great while, it is not only supremely entertaining but also contains plenty of compelling characters as well as a style and tone that brings the superhero genre to a whole other level.  Heath Ledger’s Joker is among the great screen villains of all-time, and there’s no doubt that he’ll be winning a posthumous Oscar for the role.  I can’t say I’m surprised that The Dark Knight didn’t get the Best Picture nomination that it rightfully deserved, but there’s no question in my mind that it had an impact on moviegoers like few films ever do.