Well, Sean gave me the go ahead to post my list of the top ten albums of last year today with the intention of him and John posting theirs tomorrow and Thursday, so here they are my picks for the best albums of 2008. 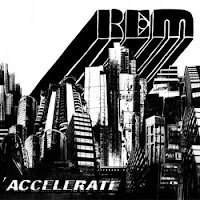 10. R.E.M. – Accelerate
I really haven’t paid much attention to what these alternative rock pioneers have been up to in recent years, but after hearing the exhilerating single “Supernatural Superserious”, I’d thought I’d check it out. The album shows R.E.M. returning to much more guitar driven sound, in fact I don’t think R.E.M. have ever rocked
as hard as they do on this album. And although I can’t say I’m all about every track on the album, I will say that if the whole album was as awesome as the first four tracks it’d probably be the best album of the year. 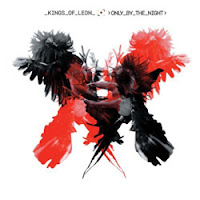 9. Kings of Leon – Only By the Night
After the release of Kings of Leon’s great Because of the Times LP last year, this album was definitely a pleasant surprise. KOL pretty much keep doing the kind spaced-out alternative rock they did with the last album, but I had no problem with that. Only By The Night definitely show that they’re one of the most interesting young bands around, even with an album like this that was recorded and released in such a short amount of time. 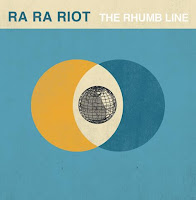 8. Ra Ra Riot – The Rhumb Line
Though their name makes them sound more like a punk band, the debut album by this indie band is loaded with tons of soaring melodies layered with some lovely string arrangements. Seeing as though the Ra Ra Riot’s drummer died before the album was finished, many of the songs such as “Winter ’05” and “Dying Is Fine” take on a new resonance whether it was intended or not. Although that’s not to say the album isn’t also filled much more joyously upbeat songs such “St. Peter’s Day Festival” and “Too Too Too Fast”. 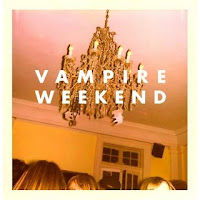 7. Vampire Weekend – Vampire Weekend
With incredibly catchy melodies and some unique instrumentation it’s not hard to see how these guys acheived their virtually overnight success. Each song is tight and to the point and the album runs at a very brief 35 minutes, but it just adds to the addictive nature of these songs. Also, I really enjoy the lyrics of many of the songs, which paint a very vivid picture of college campus life. 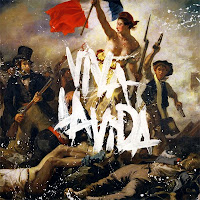 6. Coldplay – Viva La Vida
Though I’m sure Viva La Vida may have been a little bit of a polarizing record for some Coldplay fans, I respect the band for really mixing it up with their latest release. I mean the main problem I had with their last album despite having a number of great songs on it, was that there were quite a few in which I’d say they were “playing it safe”, and trying to please everyone. With this album producer Brian Eno brings out the best in Coldplay by introducing an element of world music to their sound in much the same way he did with The Talking Head’s 1980 classic Remain In Light, and I think they’re all the more better for it. 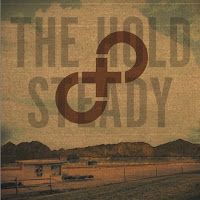 5. The Hold Steady – Stay Positive
I got hooked on this Brooklyn-based band after hearing this album (their fourth), which shows them perfecting their enjoyable brand of heartland rock. Songwriter Craig Finn continues to load his songs with anthemic choruses while referencing everyone from Joe Strummer to John Cassavetes. And although the band looks quite a bit nerdier than your average rock n’ roll band, they bring each song to life with relentless energy. 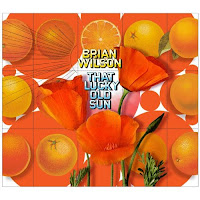 4. Brian Wilson – That Lucky Old Sun
This thoroughly enjoyable follow-up to Smile provides the same feel-good vibe you’d expect from the man behind the Beach Boys. Wilson’s blissful musical arrangements combine perfectly with lyrics that help to paint a very sunny picture of Brian Wilson’s lifelong home of Southern California, and show truly what a great musical force Brian Wilson can be when in the right frame of mind. Let’s hope that we’ll be getting a few more gems like this one from him in the coming years. 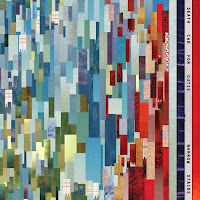 3. Death Cab for Cutie – Narrow Stairs
While no longer riding off of their indie buzz, Death Cab definitely surprised me by showing that they may have much more staying power than anyone could have anticipated for a band like this. Though Ben Gibbard continues to perfect his songs about romantic longing and heartbreak, the band shows a refreshing will to toy with their sound on this fairly eclectic collection of songs. 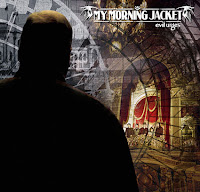 2. My Morning Jacket – Evil Urges
Considering my infatuation with My Morning Jacket’s prior album and their mind-blowingy prowess as a live band, Evil Urges was without a doubt the album I was looking most forward to last year. And this album definitely lived up to my expectations as these guys continue show ingenuity as a band. It seems almost as though MMJ are bent on destroying the preconcieved notion that a band should only stick to one genre as they introduce elements of electronica and R&B/funk to their sound that was already known for it’s eclectic mix of Southern rock with elements of prog and some jam band sensibilities. In my eyes these guys have earned the title of the “American Radiohead”, and I can’t wait to see what they do next. 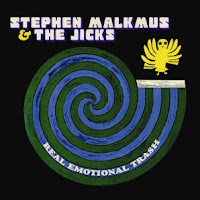 1. Stephen Malkmus & The Jicks – Real Emotional Trash
Though I’ve always been somewhat of a fan of ’90s indie heros Pavement, I was really blown away when I heard this latest album by their former frontman. Real Emotional Trash is filled with Malkmus’s always playful lyrics while he fuses his typical indie rock leanings with a somewhat psychedelic/classic rock vibe that allows Malkmus to show a surprising virtuosity as a guitarist, while The Jicks serve as a fantastic backing band. There are definitely some longer cuts on the album, 4 of the songs break the 6-minute mark including the title track that clocks in at over 10-minutes, but the album never gets boring, Malkmus and the Jicks are always ready to break into something new and exciting at any moment. Ever since I first heard Real Emotional Trash back in March I’ve kept coming back to it time and time again, and for me that’s the mark of any great album.