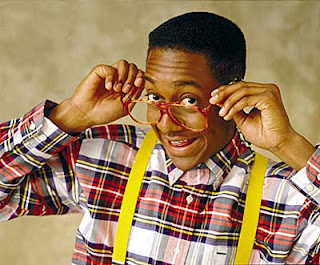 Well this was hella hard work, but it’s gotten me back in the blogging spirit. I’m also not gonna put pictures for all of these cause that just takes way too much time and I have to finish an assignment for one of my classes tonight. Anyways here are some of my favorites out of all the crazy shit that made the 90s so memorable.
For some reason some of the text on this post is all fucked up and I don’t feel like messing with it anymore. Sorry.
Favorite Albums 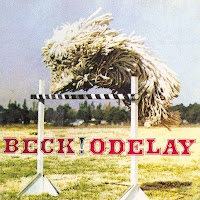 I took the Sean approach and only added one album per artist.
10. Wowee Zowee – Pavement (1995)
Though critics usually hail Pavement’s first two albums as among the best indie-rock albums of the decade, I gotta say this one (their third outing) is my favorite. It’s a very quirky mix of their early lo-fi experiments and the more polished poppy material of their later material.
9. American Recordings – Johnny Cash (1994)
A very intimate and haunting record from the man in black. The album consists only of Cash’s voice and acoustic guitar, but that’s what makes it so powerful and it served as a great comeback album for one of America’s greatest musical talents of the 20th century.
8. Rage Against the Machine – Rage Against the Machine (1992)
Unquestionably the only decent band to come out of the genre that came to be known as rap-metal. I guess what makes Rage makes so much better for me than say Limp Bizkit or Papa Roach is how tight and funky the grooves between Tom Morello, Tim Commerford, and Brad Wilk are, and with Zack de la Rocha’s angry politically charged vocals, the results were explosive.
7. Californication – Red Hot Chili Peppers (1999)
With the Chili’s embracing a more melodic, but still very funky sound, this album’s hard not to love. Yup.
6. Odelay – Beck (1996)
After scoring a breakout hit with the slacker anthem “Loser”, Beck showed he was one of the most unique talents of the decade with Odelay. With the help of the Dust Brothers Beck created an album that somehow blends pretty much every genre imaginable, but still managed to be the most successful album of his career.
5. Grace – Jeff Buckley (1994)
This album makes great use of Jeff Buckley’s beautiful songs and his almost heavenly vocals. I mean damn, that guy had a great voice. It’s just too bad that this haunting gem was the only album Buckley made before his early death in 1997.
4. Achtung Baby – U2 (1991)
Coming four years after the hugely successful Joshua Tree, U2 solidified themselves as a band that would be around for quite a while. Achtung Baby shows them taking their sound in all sorts of directions by incorporating dance rhythms with the Edge’s continuing fascination with creating new sounds with his guitar playing.
3. Pinkerton – Weezer (1996)
Sure, the Blue Album’s fantastic, but I prefer this one just a little more. Weezer really tap into what made their brand of loud, melodic, and catchy alternative rock so great when there were about a million other bands trying to do the same kind of thing in the 90’s.
2. The Bends – Radiohead (1995)
Even though The Bends came at such an early stage in Radiohead’s brilliantly adventurous career, it’s still my favorite. A lot of the songs show Radiohead as a great alternative rock band, while still hinting at the sonic landscapes they’d explore on subsequent albums.
1. Nevermind – Nirvana (1991)
A classic album in the truest sense. Simply the most influential and important album of the decade, not to mention the enduring brilliance of Kurt Cobain’s songwriting.
Honorable Mentions: Dookie – Green Day (1994), Tragic Kingdom – No Doubt (1995), Loveless – My Bloody Valentine (1991), Automatic for the People by R.E.M. (1992), Siamese Dream by The Smashing Pumpkins (1993), (What’s the Story) Morning Glory by Oasis (1995) 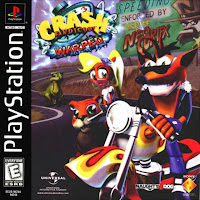 My list is pretty varied as far as systems, but that’s cause these are more based on games I played at other people’s houses, considering I really didn’t get into gaming until around 1998.
10. NBA Jam (1993)
I still enjoy kicking Nancy’s ass at this game.

We all know how much this game ruled our lives back in the day, and I was no exception.

Really the only fighting games I ever got that into were the Tekken games. I remember playing this game with Fat Matt for hours.

I had to represent the Dreamcast in one way or another. This might be my favorite Sonic game, but that’s probably just because I never owned a Genesis.

Even though I never owned it, I pretty much had to play anytime I went over to someone who owned a N64’s house.

These games were pretty much Sony’s answer to Mario, it’s just too bad no one cared about everyone’s favorite video game marsupial after the PlayStation became obsolete.

I played the shit out of this game, and it was pretty much the reason that I took up skateboarding.

Still a fantastic first-person shooter even by today’s standards. I mean if I went over to Mike’s or Shaun Douchebag’s house back in the day, there was pretty much no doubt that we’d play this game at some point.

For me it really doesn’t get any better than the original 2D Mario games, and this is probably my favorite. I hope it doesn’t piss anyone off too much that I decided to mix it up with this one. I mean if I made a TV list it probably wouldn’t have anything that wasn’t on Sean and John’s. So I thought I’d look back at the an aspect of TV that has kind of waned in popularity since the 90’s, the music video. If this was a proper list I’d put YouTube links to the videos but it isn’t, so I won’t.

Great use of color and some bizarre but effective imagery makes this my favorite Nirvana video.

Really captures the crazy in-your-face nature of the Chili Peppers at this point in their career.

Sure the song isn’t particularly good (except for the sweet skat solo and clickity clackity bass), but come on, everyone likes seeing bullets go through shit.

It certainly doesn’t look like any other video, considering it looks like it was filmed on handheld camera at some random mall. Spike Jonze definitely took the music video format in some very entertaining directions, plus he’s in this one. 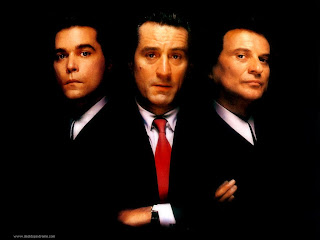 Don’t have much to say about these except that I also need to see Schindler’s List at some point.

Richard Linklater pretty much spearheaded the ‘90s indie movement with his charming debut, Slacker. And this was another interesting, if somewhat laid back study of the slackers of a different generation.

Coming 20 years after Terrence Malick’s last picture, this might be my favorite of his films. It’s pretty neat the way Malick’s meditative style of direction works so well in this fascinating study of war.

A very entertaining crime thriller with great performances all around. I love the way this movie blends so many aspects of the noir and thriller genres, while also contrasting them with the glamorous world of 1950’s Hollywood.

Yeah I know including two WWII movies on my list is kind of weird, but hey they don’t come any better than this.

Just a great story that’s told beautifully, even if it doesn’t quite deserve to be number 1 on the imdb top 250.

I just saw this again a couple months ago and I was amazed a the fact that I was just as charmed by this movie if not more so than when I was a kid and would watch it all the time.

A perfect blend of genres and the Coen Brothers’ strongest sensibilities as filmmakers. Plus it reminds me of my Minnesota roots.

Probably the most influential film of the decade not only for it’s signature dialogue, but also in the way it influenced the way narrative was treated in film from then on.