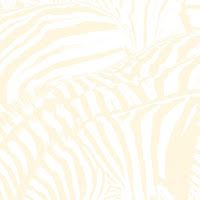 I’ve been listening to this third album by Baltimore duo Beach House for a couple weeks now, and I can already tell that it’s one I’ll be coming back to quite frequently. Coming from the fact that Beach House is a band known for their lush sonic experiments, this album doesn’t seem like one that I’d like, after all I wasn’t really that big on that Antlers album that Sean’s all about, but there’s something about these songs that really grab me.
Beach House has often been described as dream-pop, and that seems like an appropriate label although this album seems to be a bit more on the poppier side. Songs like “Zebra” and “Used To Be” are able to convey a very big expansive sound, while somehow sounding haunting and intimate at the same time.
Much of the album’s charm comes from the interplay between singer Victoria Legrand, who has one of those great deep, breathy voices, and the keyboard work of multi-instrumentalist Alex Scally. Scally’s unobtrusive style of guitar picking also complements these songs quite nicely, and it feels as if each instrument is trying to complement each other without drawing too much attention to themselves.
Teen Dream is an album in which the songs kind of bleed together into one continuous beautiful stream of music, so it’s kind of hard to pick out any stand out tracks, but they’re all very good. I have no idea how this album stacks up against any other of Beach House’s albums since this is the only one I’ve listened to so far, but I guess I should check them out, ’cause this is some good shit.
Favorite Tracks: “Zebra”, “Walk In The Park”, “Used To Be”