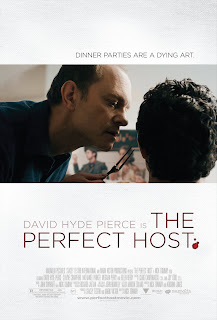 There’s been a whole jumble of independent films I’ve wanted to see lately, but haven’t had much luck actually seeing any of them in theaters. I’m not even sure if this particular film has received a proper release yet, so let’s just say I acquired this one by my own means. What was my attraction to this particular film? How about the fact that it’s a dark comedic thriller with David Hyde Pierce! For one I’m always up for some comedy with a twist of cynicism but also, when’s the last time anyone saw David Hyde Pierce in a movie? He’s always a treat to watch, so to see him play against type is more than a pleasant surprise. Sure he’s still playing that upper class, cultured, connoisseur, type but he’s also insane with a little glint of murder in his eyes.

Clayne Crawford (who looks and sounds remarkably like Ray Liotta) plays John Taylor a career criminal on the lam after robbing a bank. Stumbling upon a plush L.A. neighborhood, John concocts a plan to pose as friend of a friend of a man named Warwick Wilson (David Hyde Pierce) after going through his mail. Warwick being the gentleman that he is lets John come in for a drink despite the fact that he has a dinner party in a few hours. Though with Warwick’s endless prattling, John quickly becomes agitated and soon threatens Warwick’s life, but slowly looses consciousness after drinking his weight in red wine, “It’s a cheeky little drop isn’t it?” says Warwick. John awakens to discover that the wine was drugged and that he is now Warwick’s hostage, what follows is a most unusual party with some very interesting “guests”.

John is kept drugged for most of the duration of the film as Warwick includes him in a series of festive events. Meanwhile a detective (Nathaniel Parker) attempts to discover the whereabouts of John Taylor, this seems unnecessary until you see how it eventually connects with the rest of the story. The Perfect Host is essentially all about trying to mislead you with strange and sometimes almost ridiculous twists, which is probably why it’s been turning so many critics off. Every time I drop by Rotten Tomatoes it seems like it’s rating just gets lower and lower. Personally I enjoyed the twists, even if they didn’t all gel together particularly well. One thing I think most can agree on is David Hyde Pierce is a manic joy to watch and I hope he starts turning up in more movies again. 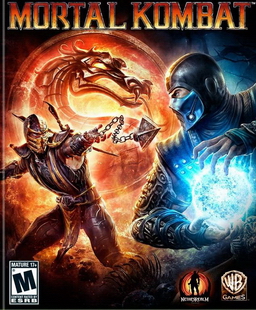 Midway went out of business last year, leaving the future of many of that company’s legendary series in question. The Mortal Kombat property, along with many of its developers, including series creator Ed Boon, ended up with WB Interactive, creating a new studio called NetherRealm. Their first game is a reboot of sorts, returning Mortal Kombat to its roots in more ways than one. Consequently, this ninth game is another stellar entry in one of gaming’s most prolific franchises.

Mortal Kombat is a retelling of the first three games in the series, featuring the entire cast of those three games. Scorpion, Sub-Zero, Johnny Cage, Nightwolf, everyone you actually care about is here. What’s more, they’ve included a story mode ala Mortal Kombat vs. DC Universe, that lets you play through the first three games in an alternate universe “let’s change the future” kind of way. It’s hands down the most entertaining story mode I’ve experienced in a fighting game, even though a lot of the story’s moments are pretty cheap. There are way too many 2-on-1 fights for my taste, and Shao Kahn is annoyingly difficult to defeat.

Just as the story has gone back in time, so has the gameplay. Mortal Kombat returns the series to flat 2D combat, abandoning the various fighting styles and 3D fighting of recent entries in the series. NetherRealm did keep the power meter from MK vs. DCU, which can now be used to power up moves, break combos and unleash devastating x-ray attacks and various levels. What this means is the game is extremely playable for veterans of the series and fairly welcoming to newcomers. The game is easy to pick up, compared to something like Street Fighter IV, and for my money, more fun too.

This is probably the most gruesome game I’ve ever seen. The x-ray attacks are pretty painful to watch, as you see characters have valuable bones broken and eyes stabbed. But the fatalities raise the bar. Probably the most famous one is Noob’s, in which he literally pulls his opponent in half, their innards pouring on the ground as he does so. This is an extremely graphic game, a hard M, if you will. It’s not for kids. Don’t give this game to kids. I’m being serious. It’s gross and you’ll feel bad about it if you do.

This is a game with plenty to keep you busy. There are ladders to climb, hundreds of unlockbables and a great online multiplayer feature set. NetherRealm has shown that it will continue to add DLC characters from the latter games in the series as long as gamers are interested. I think that will be a while. Mortal Kombat is back and better than ever. 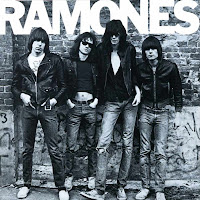 The 4th of July weekend has once again come to a close, but now let me indulge you with what could easily be declared the great American punk album.  The Ramones’ debut is one of those albums that I’m sure a lot of people haven’t even bothered listening to because they figure every Ramones song sounds exactly the same, so what’s the point?  Well when the songs are brimming with such a potent combination of bubble gum pop and hard-edged guitar punk, is that really such a bad thing?

I guess what makes this the ultimate Ramones album is that it’s just bursting with the kind of giddy abrasiveness that was the cornerstone of the band’s sound for over twenty years.  Johnny Ramone might very well have been the best punk rock guitarist that ever lived, mainly because he was able to create the perfect antithesis of what the overblown arena-rock guitarist were doing at the time, employing an undying mantra of three chords and no solos.  And on this debut, you’ve got some of Dee Dee Ramone’s most amusing odes to teenage angst, all delivered in Joey’s signature faux-British wail.

Considering The Ramones have such a distinct sound, it’s easy to take them for granted, but I can’t image what an overwhelming breath of fresh air this debut would have been in 1976.  And really, you have to admire the craft that’s put into such a compact package, as the album runs just under a half hour, but features an overabundance of memorable moments with songs like “Beat On The Brat” and “Now I Wanna Sniff Some Glue”.  Hell, you could even say that The Ramones managed to sum up the entire aesthetic of American punk rock in the album’s lead-off track, the legendary “Blitzkrieg Bop”.

Favorite Tracks: “Beat On The Brat”, “I Wanna Be Your Boyfriend”, “Listen To My Heart”